Barbara Plank is a Full Professor in the Computer Science Department at the IT University of Copenhagen. She holds a BSc and MSc in Computer Science and received her PhD in Computational Linguistics in 2011. Originally from South Tyrol, Italy, she worked and lived in the Netherlands, Italy and Denmark. Barbara is interested in robust language technology, in particular cross-domain and cross-language learning, learning under annotation bias, and generally, semi-supervised and weakly-supervised machine learning for a broad range of NLP applications, including syntactic parsing, author profiling, opinion mining and information and relation extraction. She has received several prestigiuous grants, such as an Amazon Research Awards and a Sapere Aude grant from the Independent Research Fund Denmark.

More information at her web page 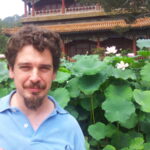 Andé F. T. Martins is Associate Professor at Instituto Superior Técnico, Senior Researcher at the Instituto de Telecomunicações, and VP of AI Research at Unbabel in Lisbon, Portugal. He also does scientific consulting for Priberam Labs. He works on Read more…